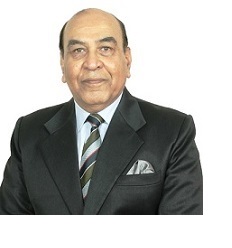 Through most of his 40 year illustrious career General Hasnain has served in turbulent environment and hot spots. From Sri Lanka to Siachen Glacier, from the North East to Jammu & Kashmir (J&K), and in UN operations from Mozambique to Rwanda, he has seen it all in crucial appointments. He served seven tours in J&K, decorated in almost of them and knows the J&K conflict comprehensively. He commanded the Indian Army’s Srinagar based 15 Corps and is today one of the foremost writers and analysts on J&K, Pakistan, Middle East and transnational extremist violence. He is a much sought after speaker and writes for major Indian newspapers – The Times of India, The Indian Express, The Hindu, Deccan Chronicle and The Asian Age, besides being a regular participant in television debates on mainstream television. With a strong academic background from Sherwood College Nainital, St Stephen’s College Delhi, the Royal College of Defence Studies,  Kings College London and the Asia Pacific Centre for Security Studies, Hawaii, he has been at the forefront of encouraging the adoption of the US initiated Scholar Warrior concept in the Indian Army. He has spoken at the Lee Kwan Yu School for Public Policy, the Rajaratnam School for International Studies and the Indian Institute for South Asian Studies, all at Singapore. He has also spoken at the International Institute of Strategic Studies (IISS), London. He is associated with the Vivekanand International Foundation and Centre for Joint Warfare Studies, as Distinguished Fellow and is on the Governing Council of the Indian Council of World Affairs (ICWA) and Institute of Peace & Conflict Studies (IPCS). He speaks on National Security at various military, civil services and corporate institutions with a view to enhance India’s strategic culture. He has recently visited Iran and was at the forefront of neutralizing Pakistani influence operations in that country.

On 13 Jul 2018 The President of India appointed Lt Gen Hasnain as Chancellor of the Central University of Kashmir.

Gen Hasnain has six decorations awarded by the President for India and two by the Army Chief. He superannuated from the Indian Army in Jul 2013 after 40 years of active service.