The Sendai Framework for Disaster Risk Reduction 2015-2030 (Sendai Framework) was the first major agreement of the post-2015 development agenda and provides Member States with concrete actions to protect development gains from the risk of disaster.

The Sendai Framework works hand in hand with the other 2030 Agenda agreements, including The Paris Agreement on Climate Change, The Addis Ababa Action Agenda on Financing for Development, the New Urban Agenda, and ultimately the Sustainable Development Goals.
It was endorsed by the UN General Assembly following the 2015 Third UN World Conference on Disaster Risk Reduction (WCDRR), and advocates for:

The substantial reduction of disaster risk and losses in lives, livelihoods and health and in the economic, physical, social, cultural and environmental assets of persons, businesses, communities and countries.

It recognizes that the State has the primary role to reduce disaster risk but that responsibility should be shared with other stakeholders including local government, the private sector and other stakeholders. 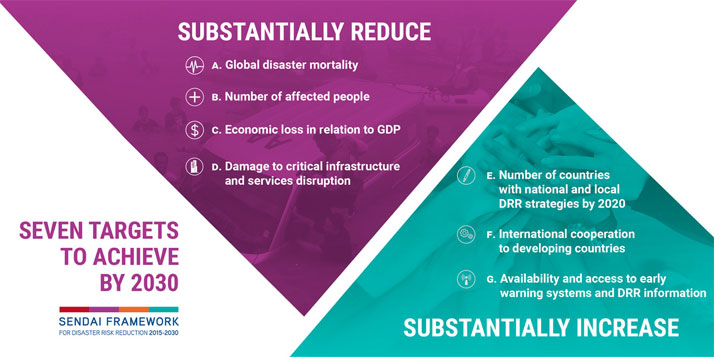